Request a Referral From Your Doctor
+ START HERE

Colorectal cancer is the second leading cause of cancer death in the United States. Early detection is key. 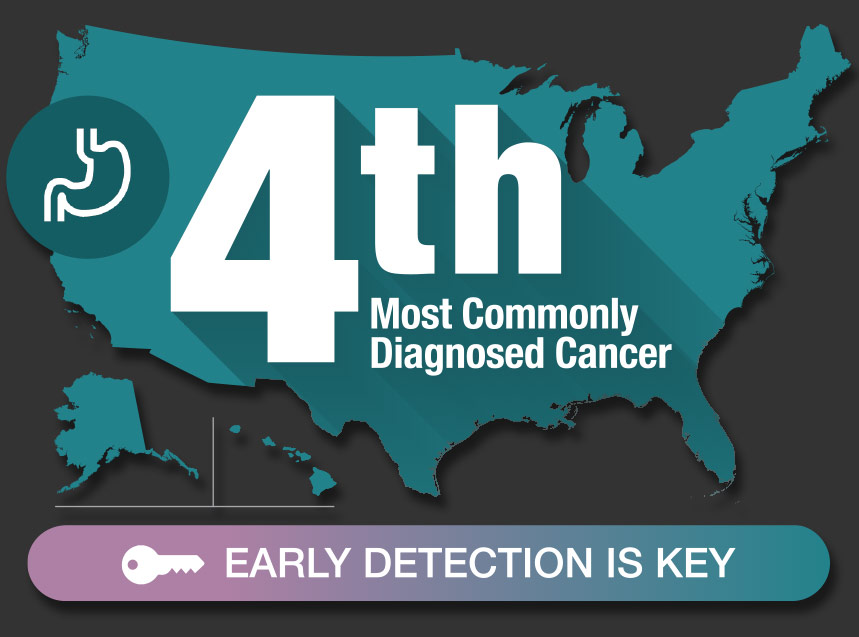 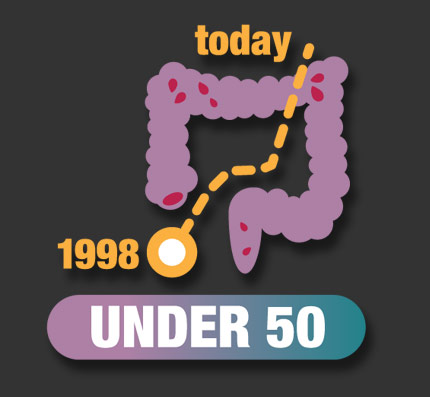 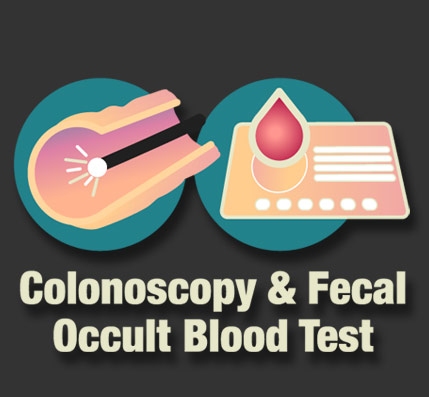 Colorectal (digestive/bowel) cancer is the fourth most commonly diagnosed cancer in the United States. Deaths from colorectal cancer have decreased with the use of colonoscopies and fecal occult blood tests, which check for blood in the stool.

The colon and the rectum are parts of the large intestine, which is the lower part of the body’s digestive system. During digestion, food moves through the stomach and small intestine into the colon. The colon absorbs water and nutrients from food and stores waste matter (stool). Stool moves from the colon into the rectum before it leaves the body.

Most colorectal cancers are adenocarcinomas, cancers that begin in cells that make and release mucus and other fluids. Colorectal cancer often begins as a growth called a polyp, which may form on the inner wall of the colon or rectum.

Researchers predict 18,440 people will be diagnosed with esophageal cancer in 2020.

18,440People will be diagnosed with esophageal cancer.

Researchers predict 26,560 people will be diagnosed with stomach cancer and in 2020. An estimated 11,180 people will die from this disease.

Esophageal and stomach cancers are often diagnosed at advanced stages due to a lack of signs or symptoms.

The small intestines are often referred to as the “small bowel.” Small intestine cancer is slightly more common in men than women. Diet and health history are risk factors.

Researchers predict 11,110 people will be diagnosed with small intestine cancer in 2020. An estimated 1,700 people will die from this disease.

A cancer of the colon or rectum is located at the digestive tract’s lower end. The colon and rectum form the large intestines. Therefore, large intestine cancer is often referred to as “colorectal cancer.”

Early causes can begin in noncancerous polyps, which may cause symptoms, but can be better detected by screenings. Doctors recommend screenings for those that are at a high-risk of developing colon or rectal cancer, or are over the age of 45 years old.

Colorectal cancer is the third most common cancer diagnosed in the United States.

Symptoms depend on the size and location of the cancer, but include changes in

Common treatments include surgery, chemotherapy, and radiation therapy, but also depend on size, location, and how far the cancer has spread.

GET OUR FREE NEWSLETTER

Other Departments at United Hospital Center

Use our online referral management system to make appointments with our specialty clinics.