Request a Referral From Your Doctor
+ START HERE 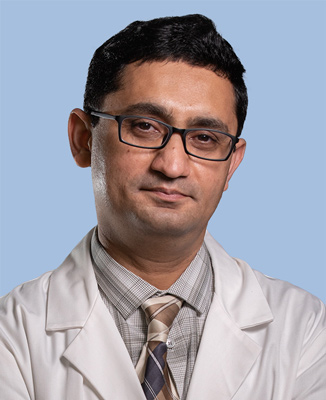 Zeeshan Ahmad, MD, specializes in oncology and hematology at United Hospital Center (UHC). Dr. Ahmad received his medical degree from Nishtar Medical College in Multan, Pakistan. After completing his residency in Internal Medicine at the University of Tennessee in Memphis, he practiced as a hospitalist for several years. Dr. Ahmad recently completed a Fellowship in Hematology and Oncology at West Virginia University School of Medicine in Morgantown.

Dr. Ahmad has given several presentations relating to his field and has contributed to various publications. He has also participated in research with the Division of Hematology, Oncology and Transplantation at the University of Minnesota. He holds membership in serval professional organizations such as the American Society of Clinical Oncology (ASCO) and American College of Physicians (ACP).

Use our online referral management system to make appointments with our specialty clinics.